Still can't find what you are looking for? Let us know how we can help.

Christ Church Plano exists to invite ordinary people to know Jesus Christ and to become like Him for the sake of the world.

Like generations of believers before us, we are convinced that God changes lives through His Church, specifically as the Church remains faithful to its ministry of Word and Sacrament. We live into this mission through our core values of worship, formation, belonging, and compassion. 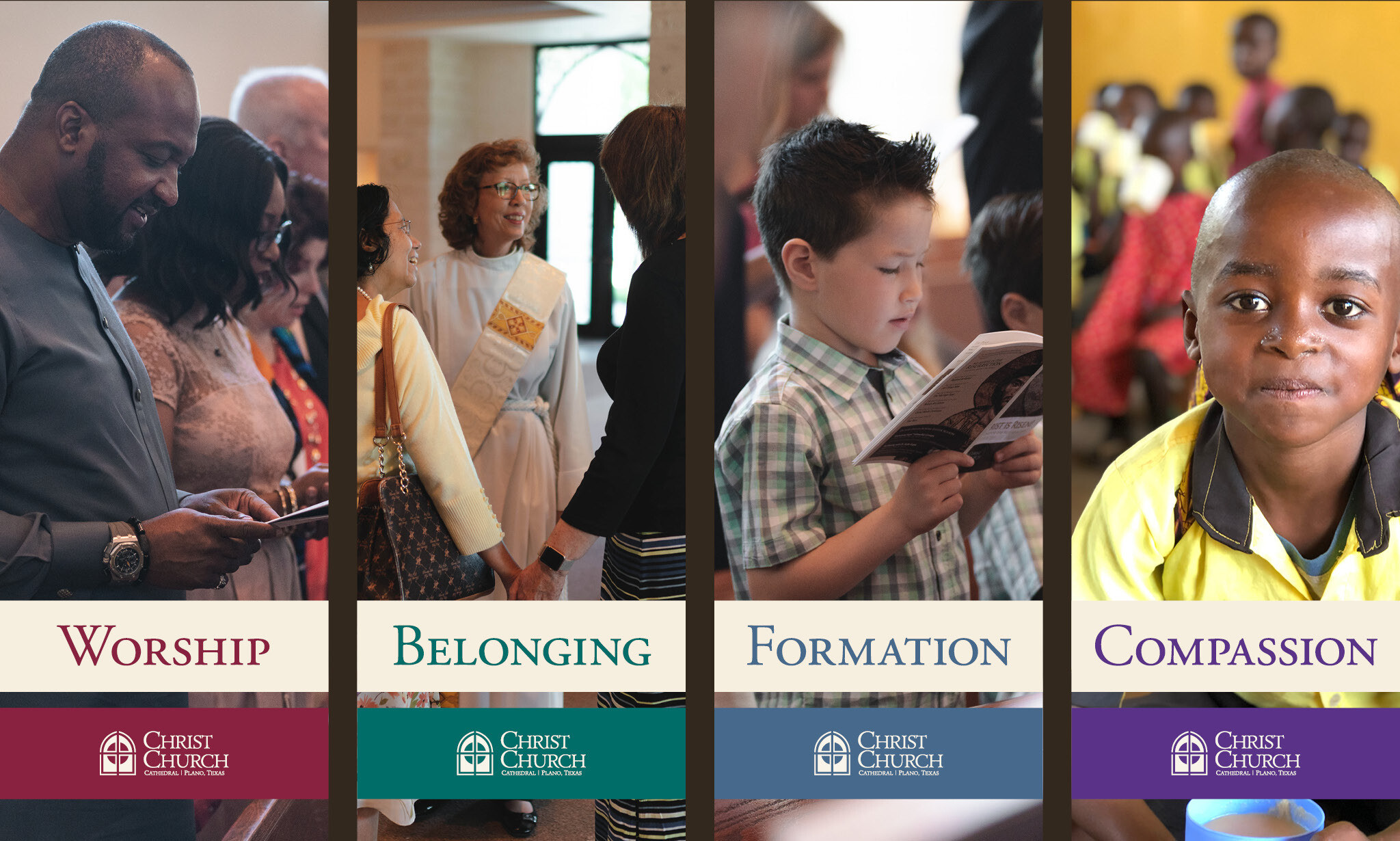 In the words of C.S. Lewis, one of the most famous Anglicans of the twentieth century, Anglicanism is simply mere Christianity. It is a way of Christian discipleship that is biblical, liturgical, catholic, evangelical, and global. Along with Lewis, some notable Anglicans include theologians N.T. Wright and J.I. Packer, social reformers William Wilberforce and Desmond Tutu, novelists Jane Austen and Madeleine L’Engle, poets John Donne and T.S. Eliot, and multiple U.S. Presidents, such as George Washington, Franklin Delano Roosevelt, and George H.W. Bush. 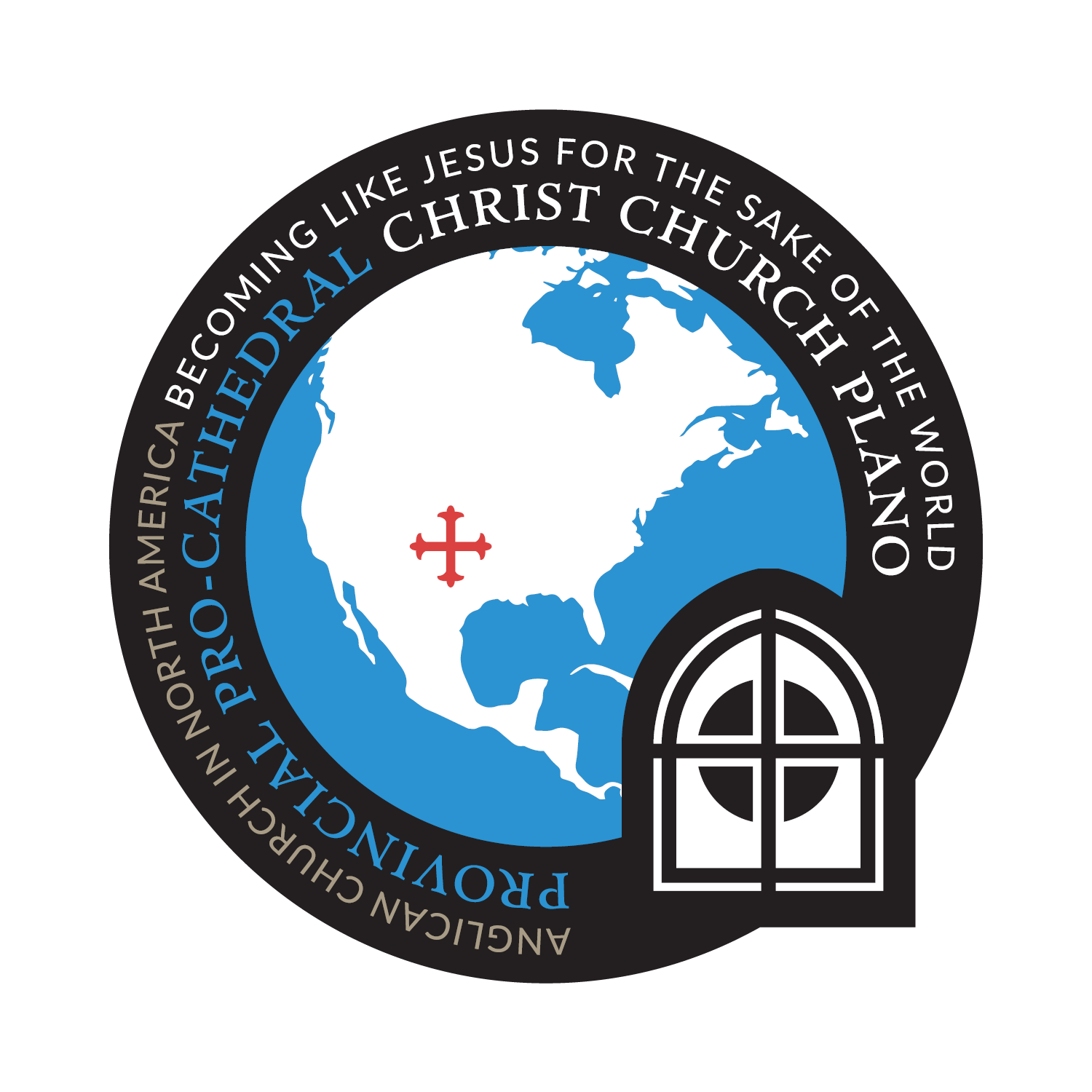 Christ Church Plano was founded in 1985 by the Rev. Canon David Roseberry and grew to become one of the largest Anglican churches in North America and the world. In 2008, in the face of growing apostasy within the Episcopal Church, Anglican Archbishops within the Global South, representing the overwhelming majority of the Worldwide Anglican Communion, called for the formation of a biblically faithful Anglican Church in North America (ACNA). Christ Church Plano was a founding member of this new Anglican Province and continues to play a vital leadership role in this missional movement. In 2016, the Rev. Canon Paul Donison was elected as the second Rector. In 2021, Christ Church Plano was designated as the Provincial Pro-Cathedral of the Anglican Church in North America, under the direct episcopal oversight of Archbishop Foley Beach, and Fr. Donison was appointed Dean of the Provincial Pro-Cathedral.

Hallmarks of the Anglican Tradition

Anglican Christians are first and foremost biblical Christians. We believe the canonical scriptures of the Old and New Testaments to be the “Word of God written” and we therefore defer to Holy Scripture as the final authority in all matters of faith and practice. But the Bible is not just a source of authority for Anglicans. It is also the daily bread upon which we live. We believe that Scripture contains “all things necessary to salvation” and that it is a principle means of God’s ongoing, active work of grace among us. For this reason, we strive not only to submit ourselves to Scripture, but also to allow it to saturate our lives as we “hear, read, mark, learn, and inwardly digest” its words and teachings in our worship and daily prayer.

Anglicans are frequently identified by the way we worship, and that is understandable because worship is central to the Anglican way of discipleship and fellowship. We worship according to the liturgy of the Book of Common Prayer, a way of worship that includes many elements: prayer, praise, the preaching and reading of Scripture, the celebration of Holy Communion—and many actions—sitting, standing, kneeling, singing. Our worship follows a liturgical order that is at once both ancient and new, both corporate and personal, and both reverent and heartfelt.

In his famous defense of the Church of England, the sixteenth-century English bishop John Jewel described Anglicanism as a return to the ancient faith of the “primitive and catholic” church. (By ‘catholic’ we mean universal and undivided.) That is how we Anglicans continue to understand ourselves to this day, as catholic Christians. We embrace and confess the catholic creeds of the early church. We have retained the ancient, threefold order of ordained ministers: bishops, priests, and deacons. And we joyfully celebrate our unity with all baptized and faithful Christians throughout the world, as members of the “one, holy, catholic, and apostolic Church.”

The word “evangelical” carries a wide variety of connotations for people today, but its most basic meaning is simply “gospel-centered.” And that is precisely what Anglicans strive to be: a people whose lives are centered on the good news of the atoning death and resurrection of Jesus Christ. It was this gospel which Thomas Cranmer and other English Reformers sought to communicate as they developed early Anglican liturgies and homilies. It was this gospel which defined the message of great evangelical Anglican preachers such as George Whitfield, Charles Simeon, Festo Kivengere, and John Stott. And it is this same gospel which lies at the heart of our worship, our preaching, our prayer, and our witness and service in the world today.

In the twentieth century, Anglicanism developed from a predominantly British and North American form of Christianity to a genuinely global tradition. Today there are approximately 85 million Anglicans worldwide, and Anglicanism constitutes the third largest Christian communion in the world. What is more, the countries which have the largest and most active Anglican populations are no longer England or the United States, but African countries like Nigeria, Uganda, and Kenya. This international growth has brought wonderful diversity and incredible vitality to the Anglican tradition. We rejoice in the bonds of friendship and cooperation that our own province, the Anglican Church in North America, share with these many Anglican brothers and sisters as a member of GAFCON and the Global South Anglican Fellowship. And we gladly adhere to the 2008 Jerusalem Declaration as an articulation of the common faith which binds us together.